Holdem, Get Some Money without Losing Yours Part 4 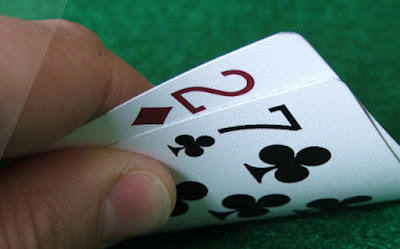 Thinking through a hand, Better Poker Through Chemistry, Tilt and Lifetime Losers

Preflop, three players limp, I limp. CO raises to $20.00. Three Limpers call, I call. Limp-fests are fun poker for me as they create lots of dead money. I imagine a lot of really bad hands in play from other players who will miss the flop.

I suspect CO was on auto-pilot until the river, oops on his part. If he was on auto-pilot, he woke and realized he was faced with two main courses of action, and he did not care for either. I give CO credit for thinking the hand through on the river. I think he determined I probably did not have a flush or straight.

Two of the Limpers were older players, so any line for their play is mostly limited to big hands. Perhaps they were playing a little to loose and caught themselves about to step over the ledge? Or because I had been folding for a while, they gave me credit for a real hand? Or maybe they were protecting their wins?

What surprised me is none of the Limpers tried to represent a flush/straight draw on the flop. I did not understand the check/fold flop play when they called $20 preflop and my flop bet was only $5 more, they had the chips and the odds in their favor.

Maybe I took them off their game, their hands were air, or they were not sure how to play me, so they decided to fold and be done with the hand. Maybe I am overthinking their play, and they were playing on auto-pilot and caught themselves. Maybe I was stepping out on the ledge myself. They all folded too easily. I think we all played the hand in a less than optimal manner.

I enjoy watching table dynamics when I play Holdem. I identify who I can push around, who has too much imagination, and who is making too many mistakes. It is a lot easier to play against a Player who is likely to fold the turn with any hand less than the nut hand. Unfortunately, some action makes no sense to anyone but the players involved in the hand and they are not speaking.

Speaking of bad Holdem - "Better living through Chemistry", or "Drugs, Legal and Not", comes to mind. I used to watch 200 pound plus Players gulping their can of Red Bull, so they can be, "more aggressive", maybe wanting to rip off arms and legs instead of making good bets and folds. I used to enjoy watching a Man at their table, weighing maybe 115 pounds soaking wet, take them to the cleaners because he could lift his chips to the felt at the right time.

I enjoy poker where alcohol is served - mostly. The more they drink, the worse their decision making and patience becomes. As long as they don't drink themselves into the irrational zone, drinking players can be generous players. Drunks are occasionally as bad as loose aggressive players to play against. No rhyme or reason in their play.

There are the sugar junkies gulping cups of soda, hour after hour to keep their, "mind sharp". I notice some Players are playing stoned on now legal Marijuana in its many forms. Obviously they have little experience watching Junkies playing for their next mainline fix and losing what little money they had. Playing good poker takes knowledge, skill, spider sense and patience. Why a few Players are choosing to mix poker time with party time is beyond me. But I am not sad to see it. I like their money too.

Sad but true, some people play to lose. For some Steady Losers, it may be their life script driving them. Others lose because they are angry or otherwise on Life Tilt. Some players lose on purpose for reasons known only to themselves. I used to feel sorry for all of them, and cut them some slack if we were heads up. Then a few hands later, I would watch as another player took them to the felt. These days, I play everyone the same, and do not feel bad about it. 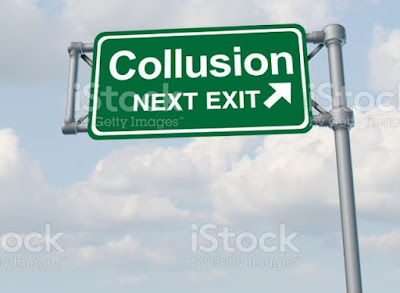