Holdem, Get Some Money Without Losing Yours Part 2 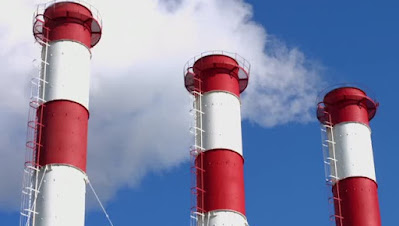 I think this is a good time to talk about session money, e.g., your future chips. Let's pretend a game we will play has a maximum buy-in of $300.00. As you have not yet converted your three-hundred dollars to red chips yet, think about the cash in your hand as you stand in line at the cage. Where did that $300.00 come from? How long did it take to make or save up that $300.00? Is that money important to you? If that $300.00 is not that important to you, maybe its time to think about playing higher stakes?

The reason for the buy-in questions is: Casino's and Card Rooms have a secret weapon to help you lose your money faster and it is no secret. They gladly convert your $1, $10, $20, $50 and $100 bills to red chips. Once you have chips, the burden of thinking about money is gone. You did not work for those chips, you did not save for them. You did not work a second job for them. All you have in front of you now, is three stacks of Red Chips! We do not mind throwing around some red chips because we have three stacks. We have lot's of chips to throw around. They are almost free after all. They are not really money until we cash out.

Every other session, if not more often, this same scenario plays out. One player, has lost either through poor luck, poor play or both until they have about $40.00 - $60.00 in front of them. This player's buy-in is reduced to around half of a stack of red chips.

The Player, frustrated and suddenly 'bored' with playing (losing), declares an, "All In". This is rarely a real, "All In". It means, this player is willing to throw away the last of their chips on an average or worse hand, rather than walk to the Cashier Cage and color up. The Flop is barely on the board and they are standing up to leave. The joy of converting cash to chips strikes again.

When thinking about an, "All In" bet, this thought comes to mind. Mindlessly seeing flops for the minimum bet with (I Have a Dream) Martin Luther King garbage hands. In an average Low Limit game, four or more players will pay to see the flop for a min bet or close to a min bet. Of those four players, at least two hold hands they would be embarrassed to show the table. I know, I used to be one of those players.

I used to get swept up in the, "If I hit the flop" delusion. Over seventy percent of the time, the flop misses our hand. Repeat, 70% of Flops will miss us. If you need a visual, find a free online Roulette Game (wizard of odds maybe). Set the stakes at a dollar for simplicity. Put one chip each on any 10 betting spots. Play ten rounds of placing one chip on each of any ten spots each round. Do this five times, starting a new game each time. It should only take about fifteen minutes.

How did you come out? If you are ahead, you got paid at 35:1. A lot more than MLK hands will pay you in the long run. The odds you faced at Roulette are not as poor as the odds of playing MLK hand. If you are going to miss the flop 70% of the time and still lose some hands when the Flop hit you, how is this profitable play?

I used to think preflop, well its only one bet. Rinse and repeat. Quicker than I expected, there goes one of my three stacks, the second stack is shrinking fast. My hands are improving but my buy-in is crippled. I have to play tight now because I threw away half my buy-in on, "If I hit the flop" bets, that didn't happen. Now I lose hands I should have played. But, I am saving my remaining chips for stronger hands, which I should have been doing since I sat down. I am starting to think I will need a MLK All In, or something like it hand to survive.

Preflop, we also learn, we should raise our strong hands. I think this leads to problems for us at low limits. Right now as you read about, 'Strong Hands', I suspect you and I are a bit apart thinking about what constitutes a strong hand?

I do not mind calling a raise with a strong hand Preflop, but I rarely raise with a strong hand Preflop. To my thinking, raising a strong hand in early Preflop position, causes Dead Money Players to fold before they can put their chips in the pot. Raising Preflop also makes post flop play more difficult. In a $1- $2 game, you generally raise a strong hand to about $12 - $15 early. Maybe re-raise if you are in late position. Instead of five Players calling the Flop, in which two or three Players have absolute garbage, you now only have three Players plus yourself seeing the Flop. At least one of those Players has garbage, but you don't know which one. At least one Player has a real hand, but you don't know which one. This situation makes post flop decisions difficult when one of them bets out or raises you.

When the Flop comes, all we know is whether the Flop helped our hand or not. We feel compelled to C-Bet here (because that's what we do), and that opens the door to bigger problems. We are raised. How good is the Raiser's hand? Are they raising with air, or did they Flop the Nuts? Wow, I really wasn't paying attention to this raisers play, and I'm suddenly lost in the hand. I have to guess, and guessing costs Chips ($). Rinse and repeat for the Turn and River.

We can see the Flop cheap. If we do not raise Preflop, we have more options on the Flop. Post flop we know if we have the Flopped the Nuts. We know we can throw our hand away to a large bet and maybe a raise. I believe Ed Miller is the latest Poker Author to say, that '...a hand has no value until the River. Before the River showdown, any hand is just two cards'. If you really must bet big preflop, why not raise with blanks. Let your your big hands make money for you when calling stations call preflop and later. That is what big hands are made for. Big hands protect themselves.

When your big hands hit the Flop, make smaller bets, and string along the MLK Players. If you have the Nuts or close to the Nuts, you will win more money if you let many Players each put in a smaller amount, than one good Player matching your big flop bet and folding on the turn. You should be playing to win the most money, not playing to make the biggest bets. This is a hard concept to wrap your head around because it's not flashy, nor is it fun. It's also not popular.

I don't know if this was first said on Two Plus Two back in the day, or written in a Small Stakes limit book, but it needs repeating: "A chip saved is a chip earned". If you do not save your chips until they are needed, you have little chance of earning more.

Email ThisBlogThis!Share to TwitterShare to FacebookShare to Pinterest
Labels: all in, dead money, holdem, preflop