Pounding Words and Phrases into Dust, The New Media Pastime

"Women of Color". Quickly overused, abused, and beaten into twice-ground turkey by every possible media outlet. This on it's way out abused media phrase was in the running for the most abused phrase of the month award. For weeks, it seemed any news story did not matter as long as the phrase, "Women of Color" was used or applied in one form or another. Women of Color quickly turned into umbrage for me.

One new word, and one old phrase is trying to break into everyday speech, making an appearance. The old phrase, "Need for Speed" was used twice this week in two different commercials. I used, "Need For Speed" when talking about driving in the early 2000's. "Need for Speed", was released as a video game in 2015. Now, Need for Speed has risen from the ashes again in late May, 2021.

Maybe like haircuts and pant styles, "Need for Speed" might be making a comeback. Or perhaps some midlife advertising writer is out of new ideas and reaching into his past for catchy phrases. I hope the phrase, "Need for Speed", dies a quick and silent death.

The newest word I'm hearing a lot as it hops across conversational media, is "vetted". Vetted, generally means well examined. I can hardly wait until, Vetted, shows up in commercials. Then it can bounce back and forth between the news and advertisement.

Perhaps a diaper or condom commercial is a fitting entry point for the word Vetted. "______ Diapers have been vetted by several parenting groups, and now you can vet them in your own home too". Or perhaps, "______ Diapers, Vetted by Parents everywhere".

"________ Condoms, vetted by men just like you; and Women like them too" It ought to be rip roaring time, seeing if this phrase and word take root, kind of like going to the dentist.

If you have, "A need for Speed" as a part your active lifestyle, you need the new, improved, "vetted" ______ to help your life really take off!

When, "Women of Color" exploded into everyday speech, I found myself counting the times per hour the phrase was used. I hope both Vetted and Need for Speed die a quick quiet death. If you catch yourself using these either Vetted or saying, Need For Speed, take a vow of silence for at least two weeks. Think of these words as a verbal virus.

I had a serious Gluten Intolerance problem for several years discovered as an adult. Even on a gluten free diet, I would still occasionally ... 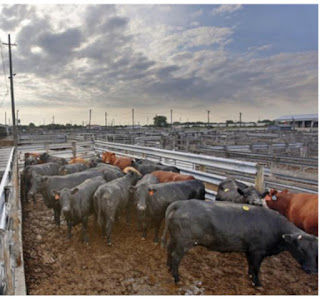