The Other Easter Celebration

I created the earth and made all the plants and animals. I gave people a place to live that allowed them to live and prosper in without using a lot of work. Once the population grew large enough, the weather changed, drying up life as they knew it. They were forced to find new ways to feed themselves.

Then the problems started. At first it was petty stuff. Minor theft, lying, things like that. Then alcohol was created quite by accident. Grains and fruit were were rained on, and beer and wine were discovered. Eating plants that made their minds and thinking warped followed.

People were struggling to feed themselves, and became jealous of others for what they thought they were lacking in their life. Men had to compete for mates, food and places to live. Everyone had to find food or work to grow it. Food for the predators became scarce as men started eating meat in place of vanishing grains and fruits. Predators started attacking people as a food source. People learned  fear and violence against others. Not too long after that the first murder was committed.

The first murder caused by jealousy led to other crimes. Crimes against women, crimes against neighbors and especially crimes against strangers. Ownership and taking from the weak started to become a way of life. Peace and cooperation were no longer a major part of most people's thinking.

People started acting so hateful and angry, I decided something needed to be done. What I hoped for my world was not working. People lost their way and direction. As I looked over the world, I could find few people who lived the way they were meant to live. In cooperation and sharing, with respect for one another. I made the decision to wipe out this world and start over. I flooded the world, erasing most people and animals. I gave the world a fresh start.

People who survived now lived as they were intended. They needed each other to survive and thrive. Old ways of life die hard, and it was almost no time, when the problems from the old world were starting to infect my new world. Eventually my new world was every bit as disappointing  as the world before it. It was time to think of another plan. Why do people find it so difficult to manage free will... 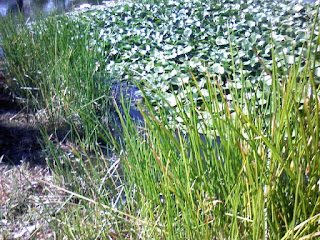 I created a plan to send my "Son" to the earth. He lived a happy life. Going to gatherings, weddings, and arranging his own meetings and functions. He enjoyed a happy life, and used this life as a platform to reteach people how they could live. My Son did those things needed to establish credibility and authority among the people. Then he started to teach.

My Son showed people a new world, a better way to live. However I did not want want my Son to be on earth too long, or people would feel they were losing their free will. I determined for him to be on earth about half of a human lifetime.

My Son did warn people with his real message. He told them he was not there to save the world, as people wanted, but to destroy the world. He would create a new world for those that wished to live in it. A world of peace, harmony, bounty and cooperation among men. He told people they had choice. Live in the old world as it is, or become a part of his new world.

Many people, because they felt threatened by the idea of this new way of life, chose to stay in the old world with all its problems and shortcomings. They were fooled by their idea of freedom and true freedom.

Differences were subtle. Live in the old world, where there was not enough pie for everyone to get their slice, or live in the new world, where everyone's needs would be met.

Those who chose to live in the old world, saw those living in the new world as meek, helpless and spineless. They did not, and do not understand, might does not make right, and there is enough to go around for everyone if one is willing to let go of old thinking and old ways, letting go of the chains they willingly wrapped themselves in.

I look down on my world now, and the world is changing slowly. More and more people are choosing to live in the new world I created for them. However their life is still difficult because they are forced to live with one foot in the old world and the problems they created.

A world of greed, hate, fear and destruction of all types. My new world is taking root, growing from a carefully nurtured seed into a healthy plant. Rejecting the new world is opting for life of strife, pain and frustration, never having enough. The old world is a life of illusion.

My plan is over time, my new world keeps growing until the old world is completely destroyed. Then all people will be able to live as I intended. Free will is freedom as long as people continue to make better choices. This makes me happy. I am weary of destroying my creations and creating new worlds. I prefer people tend to their world and make it a better place for all people.

I don't know if America's love of spending two weeks pay on a Cell Phone, and then spending two days pay to pay for the connections... 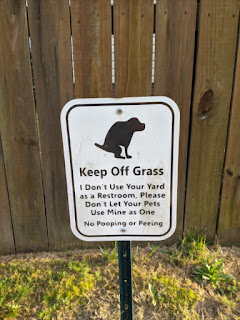