This is about Gluten Intolerance and Red Meats, or rather lack of red meats and a change in gluten intolerance. Let me mention up front, I do not know if one is related to the other, though I have thought for a number of years that diet drives a lot of health issues. This may be diet change or it may be the natural course of allergies coming and going if there is such a thing.

Up until about nine months ago, I ate beef or pork every day. My beef and pork meals were as lean as is reasonable, but never the less, it was a rare day when I did not eat beef or pork something in at least one meal.

Before Covid-19, I also ate a number of varied vegetables. I focused on vegetable color. I loved going to a salad bar and getting all the red, purple, greens and other different colors of vegetables available that day. I would top my lunch off with a vegetable soup and spinach or broccoli.

In the months since Covid-19, it has been rather sad in the colored vegetable department. Canned green beans, corn, wax beans and peas are the best there is. It seems these are the only vegetables that sell from supermarket shelves. Which is okay as I have purchased fresh broccoli a few times only to compost it a few weeks later. Same with fruits, suddenly no interest in fruit either.

Beef and Pork has been replaced by chicken and fish, mystery meatless burgers, and one nasty gluten free pizza every few months, when I have forgotten haw bad they are. Soups, meatless or chicken chili, eggs, hot and cold oat and rice cereals and corn tortillas. With a few changes, I am eating mostly what I was fed as a kid, minus beef and pork every day.

Some years ago, I ate wheat something every day. Sandwiches, noodles, etc. I was also sick a lot. Mystery Illnesses. It's sinus season, cold season, flu season, food poisening from eating out. A family member was diagnosed with gluten intolerance, but I had to get online and read to understand what that meant. Most of the articles were a description of my life.

I immediately stopped eating anything wheat, and three days later I started feeling better. The longer I did not eat wheat, the better I felt. The downside was the more time went on, the more sensitive I became to anything wheat. I bottomed out at maybe an eighth of a slice of bread once a week, at best - which I never ate except by accident. I feared anything wheat by this time.

Back to last May. Suddenly beef and pork were off the menu at home. I was sure, I would not be able to quit eating beef and pork. Changing to fish, chicken and turkey did not sound like fun. No red meats actually sounded really boring. Learning to live without wheat, I made the decision to live without red meat too. Another menu deletion to get on with. 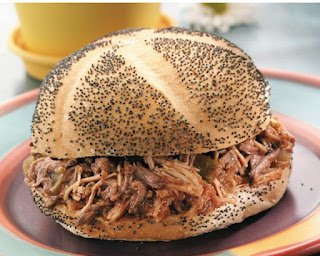 About a month later, in June I wanted something red meat. I ate a BBQ pork sandwich. My stomach did not like it at all. A month later in July, part of a beef dish. Same result. Like wheat, it wasn't worth it to eat red meat any more. I would get too sickly feeling.

In August after four months of almost no red meat had passed. I got the strange feeling I could once again eat wheat. I had no desire to, but I felt like I could. A few weeks later, sitting in a doughnut shop watching the people I was with eat their doughnuts, I thought I would take a chance and eat part of a doughnut.

It was sweet and greasy, but it tasted okay otherwise. I waited for the bloating and the pain followed by constipation, and it did not happen. Wow, that must have been a fluke. A few weeks later, I had a chocolate cookie with my coffee. No ill effects. The other night, I went full tilt, and ate a plate of breaded orange chicken with brown rice. A full meal of breaded orange chicken. No ill effects. I felt fine.

I have no plans to start eating wheat anything as a regular part of my very boring gluten free foods, but suddenly I can eat something with wheat without getting sick. So many things changed, especially with vegetables in my diet. However no beef and no pork was the biggest change.

Really I have no idea what changed in me that I can now eat wheat without fear, and I think it is related to not eating beef and pork meat. That is the biggest change in my diet and seems to have  reversed almost a decade of gluten intolerance.

If you, like me, are adult gluten intolerant and eating red meats, it may be worth the effort to give up red meats for a few months and see what happens. As we both know, a gluten free diet is boring, and one more change to it, doesn't really mean that much. If you do give it a try, good luck, and let me know how it works for you. 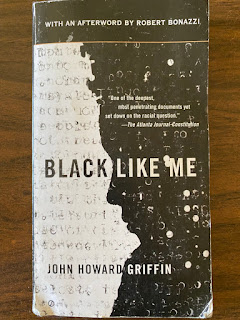