If you are an average Windows user, using Linux might be a good choice for you. Web Browsers are Web Browsers and you probably spend a lot of time using one. Once you are on the web, the web is the web. There isn't a Windows web and then a Linux web. In Linux you can click on links without fear unless your browser tells you otherwise. If you use any of the Free Online Office Suites, they are waiting for you in Linux and work the same as in Windows.

Concerns about Malware and Virus Infection while using Windows is real. As the saying goes, “It’s all fun and games, then someone gets hurt” - gets a virus. A large number of people spend a lot of time trying to infect your Windows system. There is Malware and Virus infection in the Linux world, but it is extremely rare. Linux is built differently than Windows. Infection generally only effects the current user, not the whole system.

Files that run on both Windows and Linux may be infected. Using Windows, the file runs happily along infecting your computer. In Linux, the file may run but with odd glitches or not run at all. In Linux when that happens be happy, you have an infected file that could destroy a Windows System. If you are tired of virus infection or becoming paranoid about virus infection Linux is for you.

If you are tired of spending money on every little oddball program you use, Linux is for you. If you don't mind both state of the art desktops and old looking programs mixed together, Linux is for you. If you are interested in Biology, Chemistry, Mathematics, Programming and Coding, Linux has a large number of educational and scientific programs available to you, all free.

If you are tired of long slow updates getting in the way of what you want to do, Linux is for you. Using Linux, updates are very fast. In less than ten minutes with a fast connection you can accomplish a system upgrade. In Windows, ten minutes go by before the download even starts. You decide when you want to upgrade using Linux because upgrading is a semi manual process. You do it when you want to.

Finally, if your Windows is expiring and your computer is perfectly healthy, Linux is for you. Linux happily runs on computers as old as having a single 486 chip all the way up to the newest off the shelf.

If these things are not you, I would not try out any Linux distribution. If you are a serious gamer, Linux may not be for you. I am not an online gamer, so I am not an expert. I do know there are two main ways of playing games on Linux, and there are thousands of happy Linux Gamers probably playing some of the games you do.

If you wish to try Linux to see if Linux is for you, these suggestions will help make your experience Linux more enjoyable. You boot off a Linux USB which will not make any changes to your Windows. 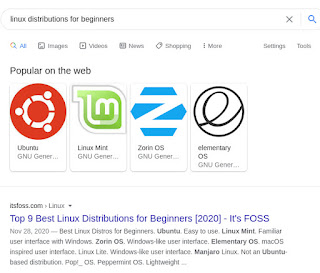 Use Windows utilities to create a Windows Recovery USB. You may need your recovery USB in the future even if you decide Linux is not for you. Occasionally Windows users and new Linux users try to do something they should not and suddenly their computer will not boot. Windows Recovery USB will ignore anything Linux, but you will have your Windows system working again. Be prepared and you won't end up at a repair shop.

Once you have your Windows Recovery USB created, you need two more USB's, or a CD and DVD. The first Linux operating system you need is a boot recovery program. New Linux user occasionally manage to make their Windows and Linux computer unbootable. It is better to have a Linux and Windows boot recovery USB on hand before you dabble in Linux. Be prepared for the worst and it probably won't happen. However if you find you cannot boot your computer, you already have the resources you need to fix the problem.

I recommend a Linux boot recovery ISO named Rescatux. Rescatux is simple and easy to use - if you read the documentation first. You want to read the documentation or you may be lost. In my experience Rescatux goes overboard on making its list of bootable partitions, but that is better than not being able to boot at all, and you can clean up the menu later.

Rescatux does more than create bootloaders. Rescatux can also reset passwords in both Windows Linux, and recover files. Rescatux is a Wizard level power app!

Most popular Linux beginner distributions have a boot recovery option built in. If the one you choose does and you have a problem, use the one on the USB you created first. Ensure you have created the Rescatux USB in case the included recovery app does not work as expected. Now you are ready for a Linux Distro. Feel the power!

You need a program to copy an Linux ISO you downloaded from your Downloads directory to the USB you have just for the occasion. One program I think highly of is balena Etcher. Belena Etcher works like a charm, and is cross platform, although you probably won’t need it using Linux. Etcher has easy to follow instructions and prevents you from copying an ISO to where it does not belong.

A number of articles you will read will recommend Ubuntu as a beginners Linux. Ubuntu is very good. However Ubuntu itself and Ubuntu Children can be problematic. Ubuntu initially does not use proprietary software such as network and video drivers. This can be a deal breaker for a new user, not knowing where to look for help or why there is an issue. On the other side of the coin, Ubuntu help pages and forums are one of the best sources of information.

Initially look for a Linux distribution that refers to itself a “Beginners Distro”. Beginners Distro is a misnomer. The difference between a Linux beginners distribution and say, Arch Linux is the installation process and upkeep. Arch Linux is not for the faint of heart, and requires a lot of bandwidth for sometimes hourly software updates. If updating your system is something you really enjoy, Arch Linux may be for you.

Email ThisBlogThis!Share to TwitterShare to FacebookShare to Pinterest
Labels: Linux 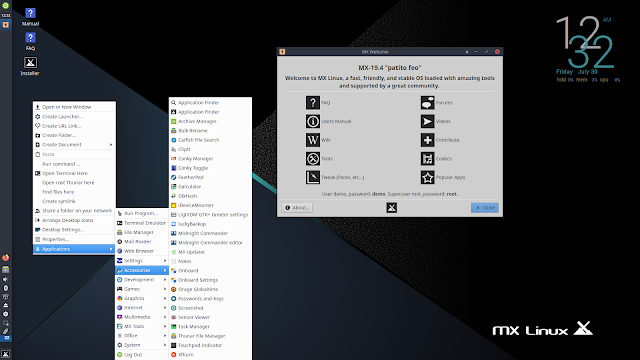